Very! is a boutique production company and “a very hardworking bunch” according to their business associates, suppliers, clients, friends and families. The people at Very! are very enthusiatic about their projects. Every project they do is a pet project because they only do projects they are absolutely nuts about.

The people at Very! love to travel, discover and explore all manners of things that pique their interests. And at the heart of it all, the people at Very! have an insatiable desire and drive to produce content that is inspiring, exciting and thought-provoking.

For quite a few months a year, the Very! crew live out of their seasoned suitcases, see very little of their friends and make many new friends while filming. They then huddle for the next few months in post-production suites, working furiously on their very “fun” projects.

Coming out of their hermit post-production period, the Very! crew celebrates the completion of yet another project. The co-founder of Very!, Angie has previously worked for MediaCorp (Singapore’s leading broadcaster) and Starhub Cable Television as senior on-air promo producer before taking the leap of faith and setting up Very!, a boutique production house.

An honours graduate from the pioneering batch of Nanyang Technological University School of Communication Studies, Angie majored in broadcast. She has worked on a myriad of different projects ranging from short-form TV commercials and on-air promos to long-form documentary series and channel branding campaigns.

Angie works with her Very! team from conceptualisation right through to final delivery of content to local and international broadcasters and distributors. For 2010, she is spearheading new media projects and exploring new value propositions for multi-platform projects.

First love: traveling and documenting the world as she sees it.
True passion: traveling and documenting life in the ever-changing scheme of things.
First guiding motto: Work hard and be nice to people.
Personal mantra in times of high stress: Keep calm and carry on.
Current favourite film: Departure by Yojiro Takita.
All-time favourite nature documentary: March of the Penguins by Luc Jacquet. 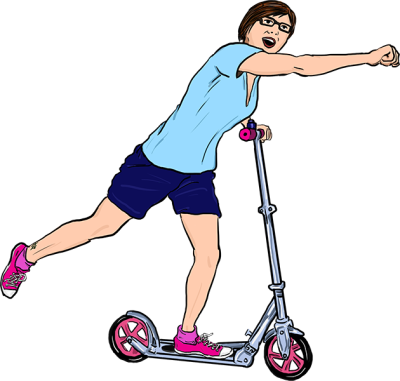 Felicia works with her Very! team and oversees projects from the pre to post-production phases. Her meticulous and level-headed temperament makes her the calm eye during production storms.

An expert at securing various aspects of logistical requirements as well as the daily operations of the company, Felicia is the backbone of Very!.

Felicia loves travelling and is an avid scuba diver and underwater photographer. When she is back on homeland, you can usually find her holed up at home with her dog and a book.

Jay’s work has seen him covering stories all across the globe. From the Green Square in Tripoli, to Aceh in Indonesia,  to Muzaffarabad in the Kashmir mountains, he’s covered natural disasters, military coups and everything in between. Everywhere Jay goes, he brings with him his empathic directorial style of crafting documentaries. Jay’s works are infused with genuity and passion. He strives to bring forth his profile’s character in the story and present stories as truthfully and with as much clarity as he possibly can.

When Jay is not directing or producing documentaries, he can be seen blazing across the landscapes with his running shoes. His colleagues dubbed him the Crazy Runner. Although he hasn’t broken any world records in competitive running, he derives immense pleasure from simply torturing his body through running long distances. Really really long distances.

Randy commands a strong visual eye. He has worked on a myriad of award winning projects. His ability to tell a story visually and his intuitive camerawork have made him a much accomplished DOP.

When Randy is not on his camera, he’ll be day dreaming, painting up visual stories in his mind. His day dreams include themes of cosmic battles, kung fu flicks, frankenstein sci-fi experiments and sometimes the odd stroll in the beautiful park.

Intimate with the re-writing process and ever the pollyanna in the face of wholesale and structural changes for re-writes, Perry Ho is a re-writer.
Various re-writings Perry has undertaken include scripts - long and short, factual and fictional, a picture book, and a poetry collection in four parts.

She is a person behind screens. An intrepid internet explorer, she observes and rethinks the world through various window tabs sensibly organised over her multiple desktop shortcuts. The observations begin her work behind the tv screens as she attempts to reach out and continue a dialogue with society. Ever so often, Shiying enjoys her time behind a book as a book sniffer. She is partial to the subtle bouquet of hardcover Care Bear books, produced around the 1980s.